We thank the many AFP members who traveled from all over the country to attend the Feb. 16, 2017 Charitable Giving Coalition Fly-In on Capitol Hill. Your efforts are so appreciated, and you contributed to a phenomenally successful event. Chris Griffin, AFP’s coordinator for professional advancement, generously volunteered to attend the Hill event, hosted by the coalition (which AFP chairs), to raise awareness of the importance of philanthropy and the charitable deduction. Here’s his report: 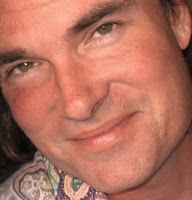 Overall, it was a pretty amazing experience. I would suggest everyone make an opportunity to go to Capitol Hill whenever you’re able. As you’re meeting with members of Congress and their staff, you can’t help but think that you’re witnessing history and making actual impact.

The Wednesday night before the event, we had a dinner and training on the Hill with everyone who had flown in from across the U.S. Art Taylor of the Wise Giving Alliance sponsored dinner and Jason, in his role as Chair of the Charitable Giving Alliance, gave opening remarks and thanked The Philanthropy Roundtable for generously supporting the event. Sandra Swirski of the Alliance for Charitable Reform and her team provided an overview of the event and answered questions. We were then given talking points, summarizing some of the issues we would be addressing the next day.

The big issue comes down to this: the amount given by individuals last year added up to $265 billion, and eighty percent of that comes from taxpayers who are taking itemized deductions. One possibility for tax reform is increasing the standard deduction to the point that there would be no incentive for many people to itemize and donate (critical, since the charitable deduction is an itemized deduction). Such a change could cause the charitable sector to lose billions of dollars! There are other changes that would affect itemized deductions that could lead to a drop in giving in the range $9 – 13 billion or more.

Participants in the Fly-In Day were divided into groups by state so we would meet with the representatives of that state.  Our group had Virginia due to our local ties, and we met with two Members of Congress and several staff members.

In each office, we introduced ourselves and explained our connection to Virginia.  We first met with Congresswoman Comstock who assured us she was in favor of the current charitable deduction and her first priority was “to do no harm.” The Congresswoman represents Jason’s neighborhood, and he thanked her for signing a letter commending the local elementary school’s “tech ambassadors,” a group that included Jason’s oldest daughter.

We then met with a legislative aide for Senator Warner who told us that the Senator appreciated our concerns, but she wasn’t sure when actual decisions would be made about tax reform. This sense was echoed by staffers for Senator Tim Kaine, who also asked us for stories about impact that would help the Senator make the case, and by Congressman Dave Brat’s legislative director. (At one point, we noticed Congressman Brat’s office had a special refrigerator just for hummus that we all eyed hungrily. Jason, we need this at AFP!)

The day concluded with a meeting with Congressman Don Beyer. He gave Jason some inside scoop on the space program (Mars in 2030—you heard it here first!), and then talked about each of our organizations and how he related to each one—no small feat given that we represented the Nature Conservancy, Capital Hospice, Salvation Army, Cancer Research and AFP.  It was a great end to the day.

The Fly-In Day was a big success, but it’s just the beginning of our work this year. While my focus is on professional training and continuing education, being on Capitol Hill made me realize just what’s at stake and how passionate all of you—our members—are about the work you do. Please stay involved, and I know Jason will be asking for your engagement later this year as we see tax reform plans officially introduced.

Read the official press release about the event from the Charitable Giving Coalition here.

I hope we will be going again in the near future. Many of the proposed budget cuts will severely impact the people and the organizations we serve.

My name is Mrs Aisha Mohamed, am a Citizen Of Qatar.Have you been looking for a loan?Do you need an urgent personal loan or business loan?contact Dr James Eric Finance Home he help me with a loan of $42,000 some days ago after been scammed of $2,800 from a woman claiming to been a loan lender but i thank God today that i got my loan worth $42,000.Feel free to contact the company for a genuine financial service. Email:(financialserviceoffer876@gmail.com) call/whats-App Contact Number +918929509036

Welcome to The President's Perspective!

Mike Geiger, MBA, CPA
I’m Mike Geiger, president and CEO of the Association of Fundraising Professionals. We're calling this the AFP Blog, because although I’m posting, it’s really your thoughts, your views that we'll be posting, as much as mine —it's about the AFP community and the fundraising profession. I want to keep you up to date with what’s happening at AFP, but I really want to hear from you. So e-mail me and post here with your comments, questions, concerns, feedback, and items you think I should be covering.